It was the middle of the night and I couldn’t move. I had awoken after a bad dream, only to encounter something even more terrifying: I could see, but my body was paralyzed. Consumed with fear, I tried frantically to move my arms and legs, each abortive attempt intensifying my agitation and panic. Soon I was hyperventilating. What if I remained this way forever? When, within a few minutes, the paralysis vanished, the ability to move felt like my life’s greatest accomplishment.

I shook off the strange episode, convincing myself it was no more than an eerie nightmare. After all, I was in the second trimester of pregnancy, a condition rife with sleep disturbances. Yet I continued to be plagued by these events several times a night. Each incident was the same: for the space of several minutes, every part of my body, with the exception of my eyes, was unable to move. I couldn’t speak. Yet my brain was fully conscious.

Eventually, I learned that I’d been experiencing sleep paralysis, a condition in which sleepers temporarily lose muscle control. The phenomena has been known for centuries; according to Scandinavian folklore from the 1600’s, for example, sleep paralysis is inflicted by a “night hag,” a damned woman who frequents the homes of sleeping townsfolk, sitting on their ribs and rendering them immobilized. Pop culture, too, seems fascinated by the condition, with sleep paralysis often portrayed in horror films, like Mara and Dead Awake, as a form of demonic possession. But sleep paralysis is hardly limited to folklore and movies. It’s actually extremely common. According to the Mayo Clinic, more than three million cases are reported every year in the US.

While sleep paralysis is not supernatural, it is frightfully disconcerting. When it first started happening to me, I would repeatedly attempt to scream, trying to wake my then-husband. I’d aggressively try to move my limbs in an attempt to escape from the paralysis—all to no avail. For someone in the grip of the condition, each episode feels endless; and while the Stanford Health Clinic states that sleep paralysis typically lasts from several seconds to several minutes, it’s impossible for someone experiencing it to gauge the passing of time. Perhaps worst of all was the panic of not knowing when I would be released from paralysis and be able to move again. Each time, upon fully awakening, I felt drained, exhausted by the immense physical effort of trying to move my body. It might have been illogical, but sometimes I worried that my heart would pound right out of my chest from the anxiety.

As my pregnancy progressed, so did the episodes of sleep paralysis. Soon I was feeling anxious during the daytime, anticipating what was to come in the night ahead. Once tranquil and free of interruption, my bedtime routine was now fraught with dread. Gone were the the eight consecutive hours of sleep that I once took for granted. No longer did I relish the thought of falling asleep. Now, I lived in fear of it.

After I had been living with sleep paralysis for two years, I scheduled an appointment with a sleep clinic. Two nights in succession, I slept on a comfy mattress while hooked up to dozens of wires (that part wasn’t so cozy). The sleep study confirmed that I had sleep paralysis. The condition is deemed self-diagnosable, yet I felt the need for confirmation from a sleep doctor. He prescribed a tricyclic antidepressant commonly used to regulate sleep cycles, but told me that the main treatment for sleep paralysis is not medication, but improving sleep hygiene. Routine is crucial. There should be no caffeine, television or cell phone use in the evening. Going to sleep at the same time every night, in a distraction-free environment, is highly recommended. Before I left his office, the doctor gave me one last piece of advice. “You hold all the control required to address your sleep paralysis,” he said. By consistently trying (and failing) to shout and shake my paralyzed body, I was allowing the disorder to riddle me with anxiety. He suggested slowly wiggling my toes and fingers instead, a method that has proven successful in many instances.

Over the past decade, I’ve grown accustomed to reoccurring episodes of sleep paralysis. Since the finger wiggling trick does not always work, I began incorporating different forms of breath work to reduce my panic levels. Maintaining a regular yoga and meditation practice each morning has been essential in fighting the fear during each disturbing occurrence of sleep paralysis. Meditation has taught me to lengthen my inhalations and exhalations, enabling me to slow my heart rate. These practices have proved to be wonderful coping mechanisms. Also helpful is my awareness  that everything in life is impermanent,  which allows me to be mindful, even during a paralysis episode, that I will be able to move my body again. I still experience episodes of sleep paralysis a few times per a week, but I refuse to allow the condition to affect my quality of life, the way I once did. On nights when I am feeling apprehensive, I remind myself who is in control: me. 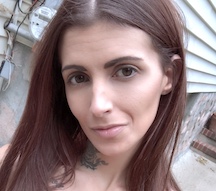 Megan Lane is a twenty-nine year old writer, based in New York, specializing in the topics of addiction, mental illness, health and eating disorders. Her passions include writing, bubble baths, attending yoga classes, meditation, spending time with her beloved daughter and snuggling up under a warm blanket with a captivating novel. As Megan suffers from Generalized Anxiety Disorder, agoraphobia and Anorexia Nervosa herself, she aspires to help others with symptom management by sharing her experiences and successes. 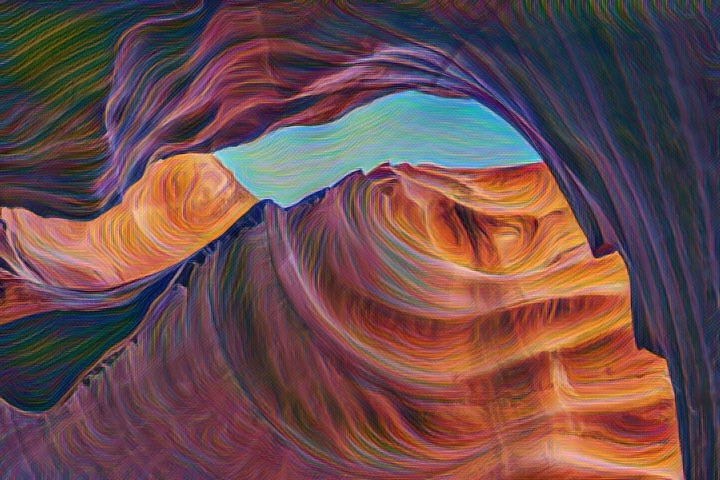 Tonic Tensor Tympani Syndrome - Its All In Your Ears

The single “thump” of TTTS after speaking or after loud noises is one of the most common symptoms of this disorder and it is my most pronounced symptom. 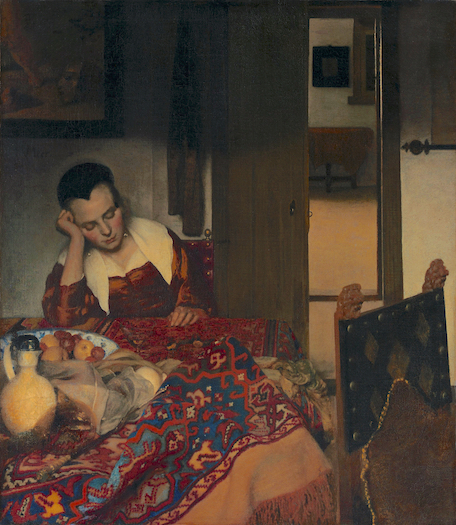 I encountered sleep paralysis during my pregnancy a decade ago, and still struggle with it. Through meditation, yoga, and research, I've come to understand that I hold all the control required to address my condition, and learn from it.

Mental Health for me starts with a positive attitude irregardless of the situation. This is an exploration of how I'm slowing down my life to smell the roses and enjoy the small things.